The bicentennial of the Judicial system is celebrated with this stamp featuring John Marshall, fourth Chief Justice of the U.S. Supreme Court. Marshall served for 35 years on the Supreme Court, beginning in 1801.

The Supreme Court
The powers and responsibilities of the Supreme Court are established in the U.S. Constitution. It is the highest court in the judicial branch of the federal government. The Supreme Court is the only court established by the Constitution. It has narrow original jurisdiction that is largely limited to cases involving ambassadors, public ministers, and states. Following the landmark 1803 Marbury v. Madison decision, the majority of its case load involves appeals.
Congress determines the number of justices that sit on the court. The number of justices began at six and grew as the nation expanded geographically. The President of the United States appoints justices, who are not required to have any specific qualifications. Each nominee must be confirmed by Congress. 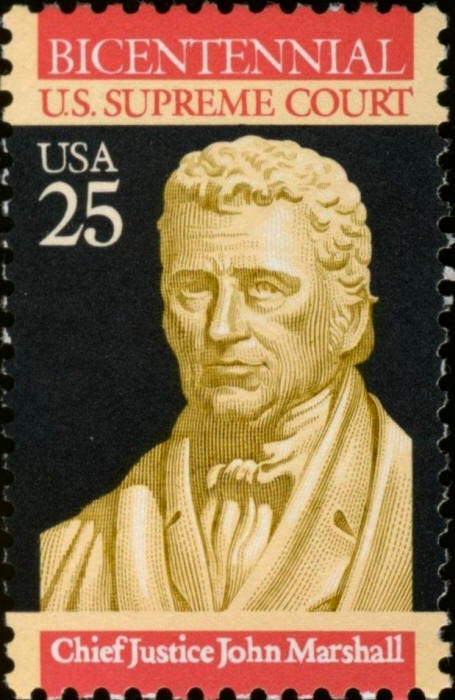 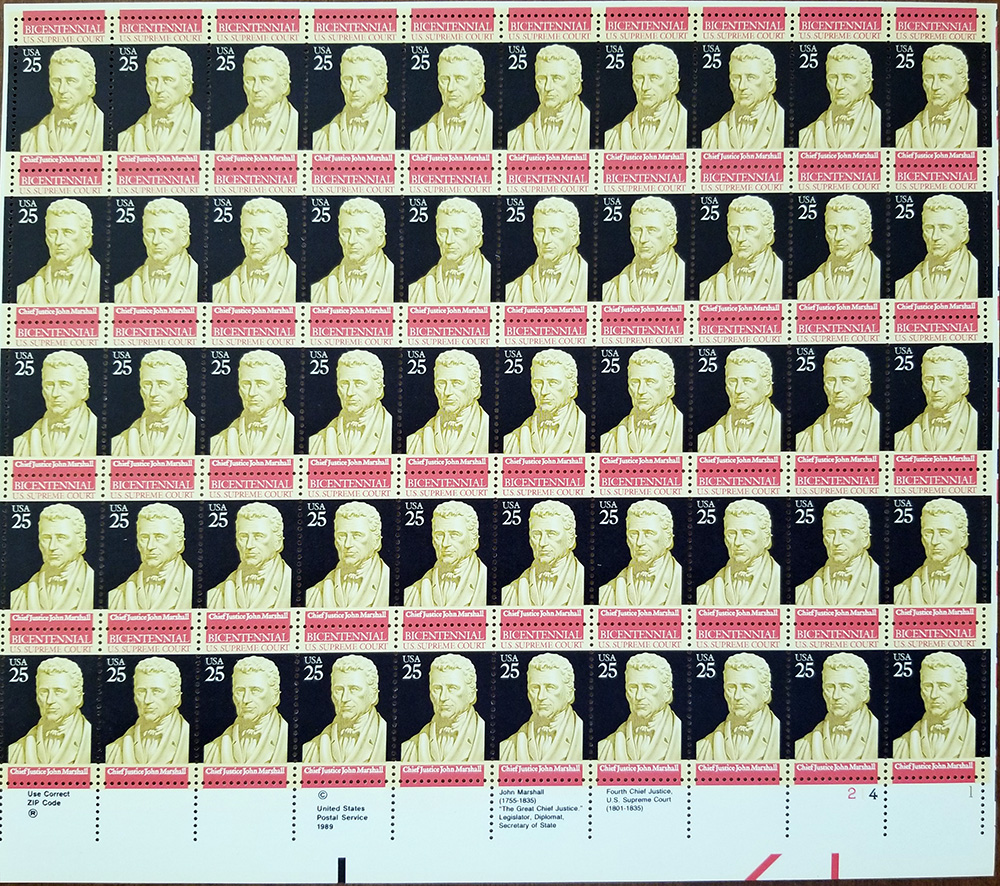